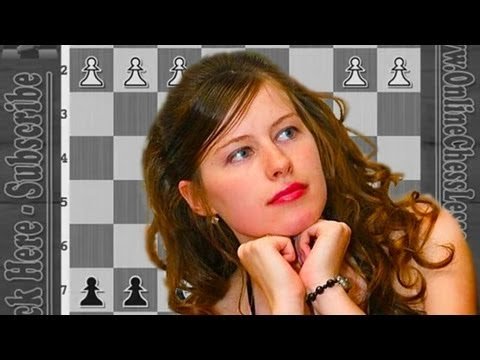 A fine attacking game played by Pogonina, as white opened with the Ruy Lopez and was answered by the aggressive Archangel Variation. It seemed that white overestimated her position with 20. Ra6, refusing to trade and attempting to strengthen her position. Black was quickly able to whip up a fierce attack on the queenside, especially as white’s bishop on b3 was out of the game. After some excellent re-grouping, black was able to exploit the misplaced white pieces on the kingside and achieve an attack to win a decisive amount of material. A well-deserved attacking, positional victory by Pogonina.

CORRESPONDING ARTICLE WITH INTERACTIVE BOARD AND MORE:
http://www.iChess.net/2011/05/08/wgm-natasha-bojkovic-vs-wgm-natalia-pogonina-2010-olympiad-pogonina-com/