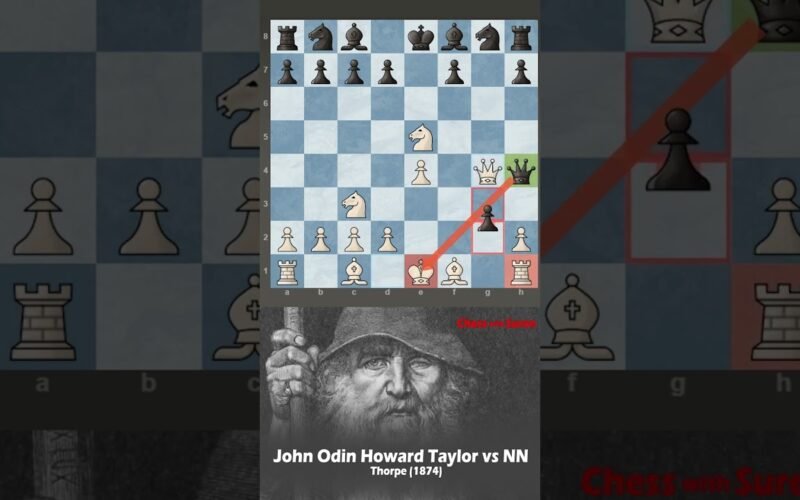 The King’s Gambit is a King’s Pawn Opening beginning with 1. e4 e5 2. f4. Being one of the oldest documented chess openings it was one of the most popular openings until the late 19th century, when improvements in defensive technique led it to decline in popularity. Though it is infrequently seen at master level today, from time to time even elite players are choosing it as a surprise weapon, especially when playing blitz chess. In this game that was the opening which English chess player and composer John Odin Howard Taylor played and ended up the game in the most brilliant style!
———————–
John Odin Howard Taylor vs NN
Thorpe (1874), Thorpe ENG
King’s Gambit: Accepted. Quade Gambit (C37)