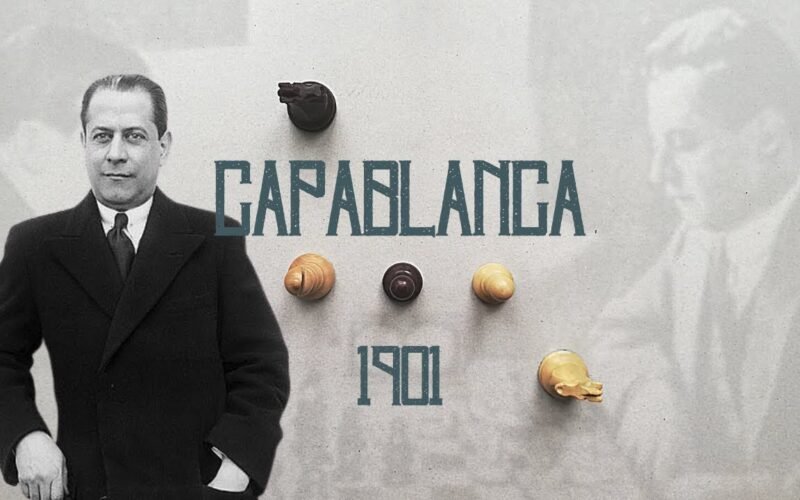 Capablanca was a true chess prodigy, and his tactical understanding was astounding for a mere child. He was 13 when this game was played.

This is Jose Raul Capablanca’s second recorded classical game. It was played in a match series in 1901, when he was only 13 years old. He faced Gavilan, an unknown weaker player in the Scotch gambit!

Playing gambit lines against super precise geniuses is probably not the best idea. That was proven in this game. Capablanca punished his opponent with a beautiful attack, and won an overwhelming material advantage fairly quickly and easily.