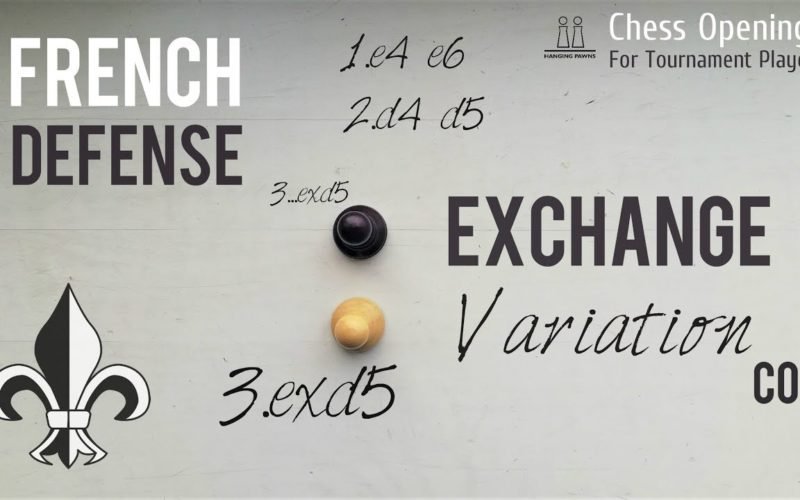 The Exchange French is considered to be one of the dullest openings, but it could lead to very interesting attacking positions if you decide to deviate from the main lines.

Watch this video for an introduction to the French Defense, basics, opening principles and main variations: https://youtu.be/pig559oP5OM

The variation starts after the opening moves:

If neither side decides to deviate from the main, most solid and precise opening plans the position is likely to end in a draw, which is why the Exchange French is “frowned upon” by many. The reason for this is a symmetrical pawn structure and a similar attacking plan for both players. There are, however, interesting deviations for white and for black which could lead to volatile, double-edged positions. The variation can continue in several ways:

4.Nf3 This is the main line. White is going for a normal development plan of Nf3, c3, Qc2, Bd3, Be3 (or f4, g5) and castles short, preparing to put pressure on the h7 pawn and black’s king position. Black is most likely going to play symmetrically with Nf6, or he can continue with 4…Nc6, which can lead to far more interesting lines with opposite side castling.

There are three sidelines white could choose on move 4. Each is less precise than Nf3, but they can all be used as a surprise weapon against an opponent who will most likely expect the main line.