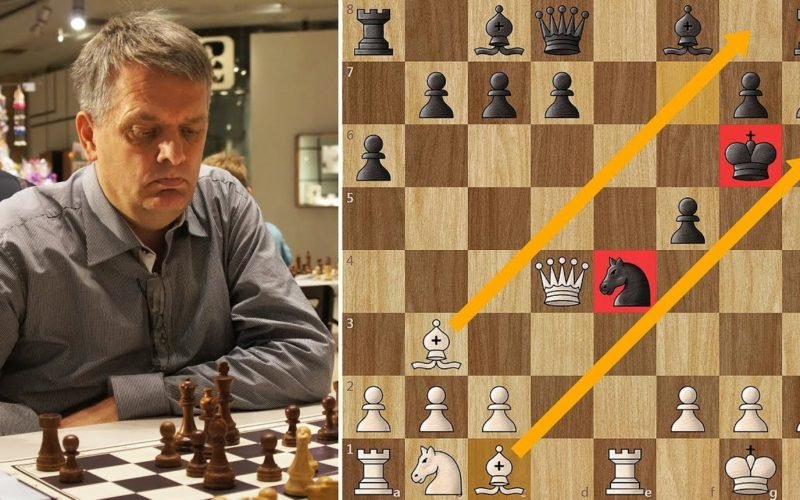 Thank you for your interesting vid. Perhaps you are interested in game played in training match with Icelandic champion Hilmar Karlsson that was a preparing his match for 1984. My opponent and friend has died, but we played 6 games match and he had 1+ and this was the last game. He had won nice ending in Silician c3 variation. I have shown this game both to D. Bronstein who was my friend and also Bobby Fischer, and it was me who went over Fischers (Sæmi is my friend and Fischers) matter, he did not break any rules in USA this was all politics. Also Fischer was not sick at all had c.a. 1-2 Asberger but far away from being mentally sick. I asked Fischer though “Do you think it is wise to judge a whole nation from few corrupted politicians?” No excuse me he said I have good friends in USA. Both Fischer and Bronstein liked this game a lot. I had no chessboard so I told Fischer the game.

I found out this, and then later Garðar his last friend here had a discussion about this matter, then I suggested that he would write a book about this matter. The third person dr Magnus Skulason agreed with us, so we were 3 who knew this. Gardar took over, but Sæmi asked me to help him in jail matter of Fischer. I was busy and found Gardar who had more time. It was outstanding job to get Fischer out of jail. So you liked this game, Bronstein told me that it is one of the most outstanding game he had seen! (the genius himself) he met me in Isafjörður 1990 while working as a teacher there. We had a match Bronstein won 2 4 0 not so bad against a GM. Chess is a lot of training. Bronstein liked that I read the story, and showed me a draw in a position I resigned. One of the most artist of the game.

I had played in simultaneous game against 11 strongest GM won Kulukovski and Korchnoi, but lost only against Polugavski, draw against Tal, Hort, Larsen, Balasov.

You may also inform about Fischer. Garðar was his last best friend. When Fischer came out of Jail and to Iceland, he seems to look at Sæmi as his “still” bodyguard. He wanted to go with Sæmi to Spain for example. It was me who said to Sæmi, you are a family man, and Fischer would be put in jail if he goes to Spain. Sæmi has a house in Spain. Anyway, this came to the conclusion Sæmi had much less time and Gardar took over, which was good.

Just one more add to this matter. Fischer rented for his belongings, then he did not pay the rent. The people renting tried to get payment and waited for 3 years and no response. Then they sold Fischer’s belongings. So Fischer set this up as the American people were against him. From my Economical point of if you do not pay your rent, you are simply kicked out and has nothing to do with the American people. Me and Fischer agreed on many things 95% but disagreed about 5% c.a. That does not mean that he was crazy. We had good 2-3 hours talk. He thanked me because I went over his matter and as one can see. Chess was not on the list that was not aloud to do. Bush presidents were corrupted to the core. To be exact I asked Fischer “Do you think it is wise to judge a whole nation from few corrupted politicians.” Fischer admitted that when going to interview he was angry that was not good.

My paper and result concerning the illegal claim from USA was put on A4 paper and used by Fischer team. My result was correct.

Garðar is also a friend of mine, the funeral was completely correctly prepared by Gardar according to wish of Fischer. Funerals are not for propaganda media.

My best result in chess is likely in corr chess. http://brefskak.chess.is/bi14.htm

Check out ALL my videos here https://www.youtube.com/watch?v=f-ZOwHdNLO0&list=PLDnx7w_xuguFTxcfiM11bB1JchtHclEJg