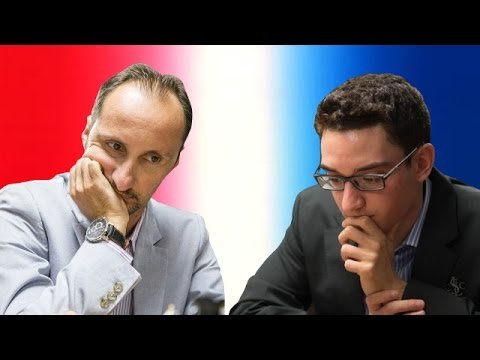 This is a round 5 game from the 2015 Sinquefield Cup between Veselin Topalov of Bulgaria, and Fabiano Caruana of the United States. The Sinquefield Cup is held at the Saint Louis Chess Club and Scholastic Center in Missouri, USA. This tournament acts as the 2nd of three tournaments of the Grand Chess Tour. This round 5 game features a Ruy Lopez, Berlin with 4. d3. Topalov obtains an ideal pawn center, and Caruana looks to break it down by both indirect and direct means. A pawn transformation gives Topalov a strong pawn in Caruana’s territory on the kingside (e5), the same area that Topalov is also weak. Will it be the winner of Norway Chess 2015, Veselin Topalov, or Mister 7-0 from the 2014 Sinquefield Cup, Fabiano Caruana who comes out on top in this tense strategical struggle?