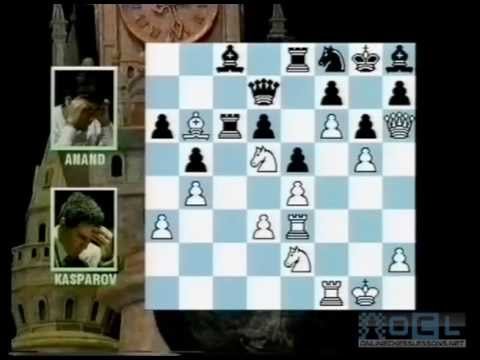 Through the years, Garry Kasparov and Viswanathan Anand have built up an intense rivalry at the pinnacle of the chess world, constantly challenging each other in the early 1990s and 2000s for the title of absolute champion. In the following chess vide excerpt, viewers will see one of the most exciting chess matches ever played, complemented excellently by commentary from experienced Grandmasters Daniel King and Glenn Flear. You will see a few rapid games played in 1996 between the chess champions, with exceptional examples of attacking chess and a anthology game – a variation that Kasparov introduced at the highest levels and one that he achieved remarkable success with due to his knack for dynamic play and tactical resourcefulness.