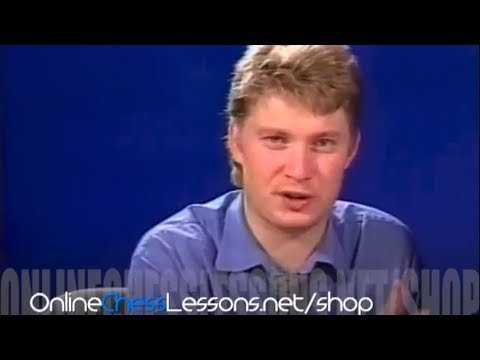 This video preview from the instructional chess DVD “Shirov! Best Endgames” features Super-GM Alexei Shirov and GM Ron W. Henley analyzing one of Shirov’s best endgames. This excerpt demonstrates the power of prophylaxis as Shirov masterfully controls and limits his opponent’s options until striking with a decisive zugzwang that enables white to break through in a semi-blockaded position. Shirov’s 48. a3!! allowed him to reposition and centralize his knight – controlling more central squares and limiting the black king’s mobility. This forced GM Akopian to force a liquidation on the kingside in an attempt to end the game in a draw, however Shirov found the excellent resource 56. c5!! that led to Akopian’s resignation after 61. Ke4. The video excerpt above begins at move 46, however I would definitely encourage readers to check out the entire game PGN that features Shirov sacrificing a pawn early on in the Shabalov Gambit to seize a dangerous initiative.