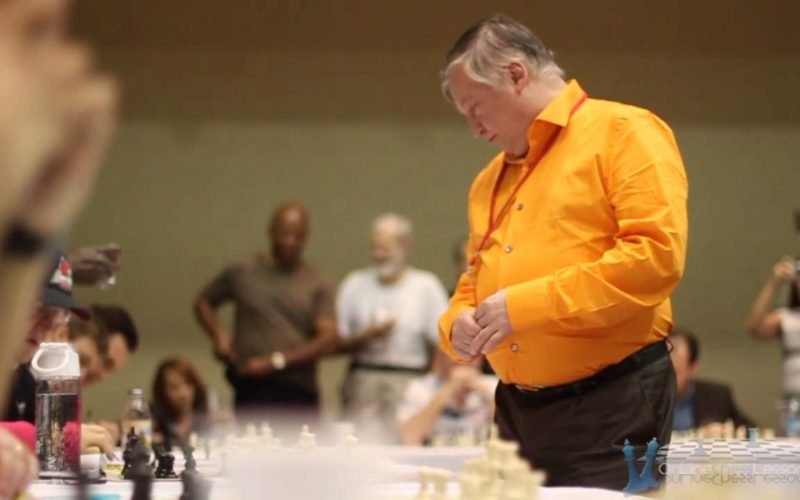 This Chess Simul with Anatoly Karpov was filmed on the Las Vegas at the Rivera hotel by the team at RITE Media Group. Karpov played a tough Simul playing over many hours and defeating 22 out of 24 players and drawing to 2. The most interesting part was a young boy rated around 1900 gave Karpov quite a hard time and was one of the last surviving players. At the peak of the excitement dozens of people were watching the 2 duke it out!