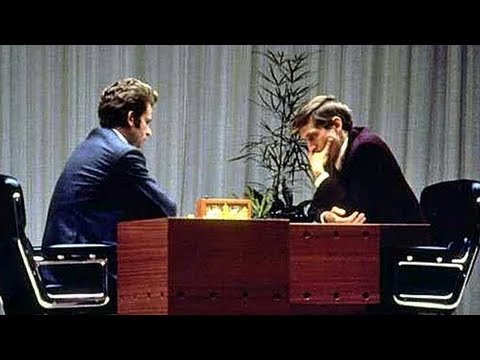 Game 6 between Bobby Fischer and Boris Spassky from the 1972 World Chess Championship (Match of the Century) was the greatest one of the entire battle. It includes a rare beginning of the game by Fischer with 1.c4. This masterful chess game is best described by International Master Anthony Saidy as “It was like a symphony of placid beauty.”, and this exceptional moment in chess history has attributed to it a wonderful act of sportsmanship by Boris Spassky who, after the game, stood up and applauded Fischer for the masterpiece he just played. Game 6 is one of the greatest chess games ever played, and it propelled Fischer into the match lead, one that Spassky would not overcome. The match was held in Reykjavik, Iceland.