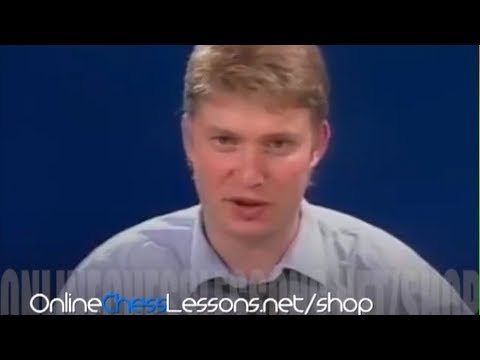 Shirov opens with 1. d4 and Kamsky responds with the Grunfeld Defense, leading white to play the classical variation with 7. Bc4 and 8. Ne2 – conservatively strengthening the critical d4 square to emerge from the opening with good chances. However with 12. Kf1, Shirov opts away from a typical endgame from the Grunfeld Defense with 12. Qd2 and instead plays for immediate complications – attempting to exploit white’s strong center and active development. Kamsky appears shocked by Shirov’s risky play, choosing an interesting plan with 12. …Bd7!? instead of the more immediately active 12. …Rd8. With 18. g4, white’s kingside attack is evident although black still has some chances of stirring up counterplay on the queenside and against white’s extended center – leading Shirov to pragmatically offer a queen trade with 20. Qb1! – neutralizing all of black’s counterplay and leaving white with very strong pressure in the endgame. Shirov’s technique is very instructive, placing his rook on the 7th rank to restrict black’s king and then precisely exchanging pieces to result in a won rook and pawn endgame for the white pieces.