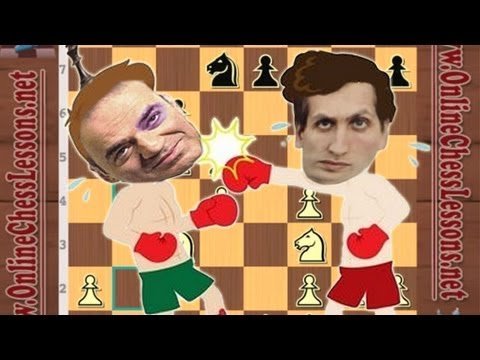 The English Attack in the Sicilian Najdorf is an extremely interesting line that reflects the fullest complexity of the Najdorf system. With white employing a set-up similar to the Yugoslav Attack in the Sicilian Dragon, the lines are drawn very clearly with a classic example of opposite-sides castling. White will go queenside and aim to directly attack black’s kingside with moves like f3, g4, g5, and h4 while black will aim to attack white on the queenside with a b5-b4 advance combined with pressure on the c-file as well as counterplay in the center, specifically fighting over the d5 square. In Fischer’s time during the 1950s and 1960s, the English Attack was still in it’s developmental stages although GM Robert Byrne was contributing a good amount to the theory of the line. The English Attack’s popularity faded in the 1970s, however it came back on the main stage of opening theory thanks to the efforts of a few british grandmasters in the 1980s (Nunn, Chandler, and Short). I particularly enjoy games in the English Attack because you really have no option but to shoot it out. As the English Attack was still in it’s early stages during Fischer’s time, he was not forced to spend much time on developing a response to it. The English Attack is one of the most dangerous lines you can face in the Sicilian Najdorf, however Kasparov developed a system that really takes the bite out of the English Attack by transferring his knights directly to the queenside (quickly to b6 and d7, possibly to c5 or c4 as well).