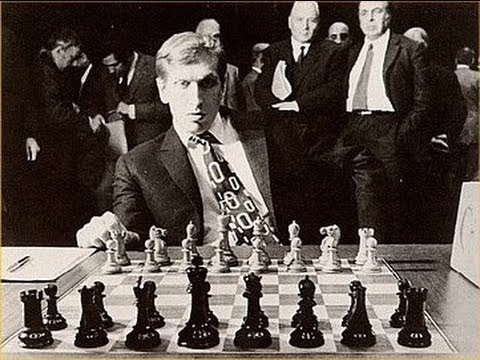 Who better to discuss Bobby Fischer’s greatest games than his successor Anatoly Karpov? 🤔 Get instant access to the 12th World Champion’s expert analysis of Fischer’s highlights and brilliancies throughout his career, with 35% off. ►https://ichs.co/2AZj7m0

The 12th World Champion Anatoly Karpov notes that Spassky was not as well prepared for the match as he should have been. Earlier in Game 3 of the 1972 World Chess Championship, Bobby Fischer had surprised the reigning champ by opening with 1. d4. At that time, Fischer was very well-known for his prowess in open positions, normally resulting from king-pawn openings. The element of psychology can prove a major issue during a World Chess Championship Match, and this proved to be Fischer’s overwhelming strength.

Karpov’s insights are invaluable, and coupled with GM Henley’s historical knowledge and undeniable chess strength, this expert analysis is unforgettable.

Bobby Fischer opened game 6 with 1. d4 again, and Spassky responded with the Tartakower Defense, walking right into Fischer’s home preparation! Fischer’s straightforward play guaranteed him a small but enduring advantage. After 8. cxd5 Nxd5 9. Bxe7 Qxe7 10. Nxd5 exd5 Fischer was left with an attractive position as he was able to immediately place pressure on Black’s queenside and exploit Black’s relative lack of active development.

The real prize of this video series is Karpov’s exceptional positional understanding, permitting him to brilliantly and concisely explain fantastically deep concepts so that even beginner can understand them.

After 14. Bb5!? Fischer actively encouraged Black to weaken his queenside, and Spassky fell for the positional trap with 14. a6?! – creating a long-term target on a6 for the light-squared bishop. Spassky’s over-confidence led to 17. …Nd7?! and allowed Fischer’s excellent maneuver beginning with 18. Nd4!. White ends up with a very good bishop vs a bad knight endgame. Fischer proceeded to bust open the position to exploit this advantage with a very strong sequence – 20. e4! d4 21. f4 Qe7 22. e5! – fixing the pawns on dark squares to emphasize the power of the light-squared bishop in a more open position.

Fischer went on to win the game in very convincing fashion, although Karpov is quick to point out the subtleties behind the moves.

All 3 volumes of this fascinating “Karpov on Fischer” is a must-see for chess fans of any level!

► Come check out the iChess.net shop, we have the world’s largest collection of chess videos and chess courses: https://ichs.co/iChessShop