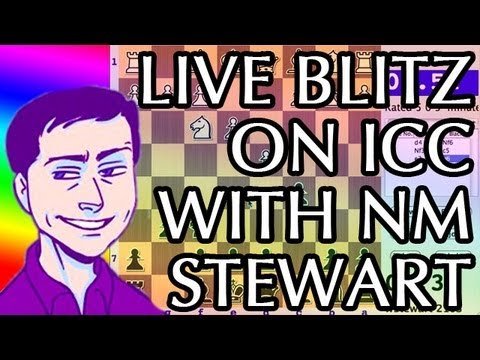 White opens with d4 and black responds with the King’s Indian Defense. White employs a Blackburne-Zukertort system with 8. b3 and 9. Bb2 – while black aims to gain space and open the center with 8. …e5. White plays 10. e4 however black is able to jump on the newly created hole on f4 with 10. …Nh5. Black continued by pushing the queenside pawns very far to cramp white, then switched his attention to a kingside attack with 17. …Bh3. The battle then revolved around white defending his kingside light squares, and black maneuvering his knights and preparing for f5 to open the kingside. 21. …Bh6 was a good idea to activate black’s dark squared bishop, and the position became very tense. Black had achieved significant pressure on the kingside, however had used a lot of time. 24. …Bxf5 was a big mistake that allowed white to gain counterplay with 25. f4 – leading black to a worse position but retaining chances in a very dynamically imbalanced position. Once I realized I had made too many mistakes and consumed too much time, I started playing as desperately as possible to complicate the position and also try to catch up on time to put pressure on my opponent via the clock – successfully flagging white after making a few mistakes in the middlegame.