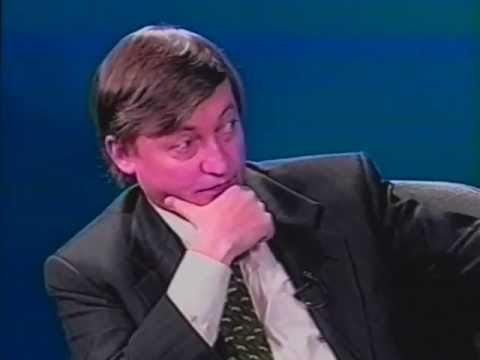 Who better to discuss Bobby Fischer’s greatest games than his successor and 12th World Chess Champion, Anatoly Karpov? 🤔 Get instant access to expert analysis of Fischer’s career highlights, with 35% off. ► https://ichs.co/2B36BBQ

Bobby Fischer played some of the greatest games of chess on his path to becoming the first American World Champion in 100 years. Join Anatoly Karpov, Fischer’s successor, as he offers his expert analysis on the games he thinks deserve special attention. In this video, Karpov, joined by GM Ron Henley, looks closely at a game played prior to the 1972 “Match of the Century.” Bobby Fischer plays as White and William G Addison as Black, and the game took place at the Palma de Mallorca Interzonal 1970.

The game kicks off in the Scandinavian Defense (1.e4 d5). This is one of the chess openings that are more commonly seen at amateur and club-level games, and not seen too often between the top grandmasters of the world. It does crop up occasionally, however – in fact, in 1979, Danish grandmaster Bent Larsen, a four-time world championship candidate, would use this chess opening to defeat Karpov himself, spurring a rise in its popularity.

Fischer chooses to play the sharp 6. Qf3 variation. He then sacrifices his c-pawn to complete his development and gain control over the half open c-file. Once his own king is secure, Fischer gives Black the bishop pair with 11. Bxf6 and tries to blast open the center with 12. d5! Although black keeps the center closed with 12. …e5, Fischer gives a masterclass demonstration of how to play on the light squares. Karpov will talk you through this excellent play move by move.

Black manages to collect the white pawn on d5, but after 19. Rfd1! and 20. Nc3!, Black’s defenses begin to crumble. The crushing exchange sacrifice 21. Rxd5! was followed by 23. Rb1 and the penetrating 24. Rxb7. In the final position, Karpov clearly explains why Black’s king in the center is surrounded and ultimately doomed.

Volume 1 of the 3-part DVD set “Karpov on Fischer” features Anatoly Karpov explaining Bobby Fischer’s rise to the top of the chess world in the late 1960s and very early 1970s. He took on the world, and won, playing some unforgettable games and brilliancies along the way. Everyone can learn something from the American legend.