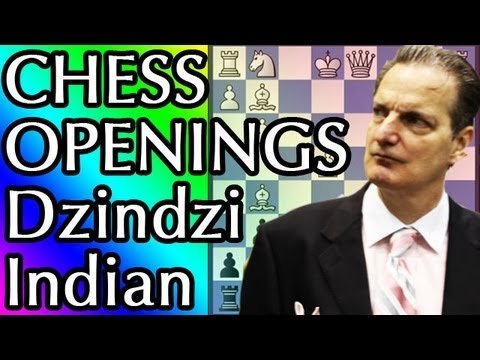 Having played the Dzindzi Indian for many years and recently published an exhaustive analysis in DVD and book form, I am frequently confronted with the following question “What do you do if white plays 1. d4 g6 2. e4?” as then it is no longer possible to play the Dzindzi Indian. And it is definitely a good question, as for one reason or another your opponent doesn’t always cooperate with your plans. The answer is simple: You have to change up your system. If you intend to play the Dzindzi Indian at a competitive level, you will have to know how to play the Pirc Defense or similar systems that involve an early kingside fianchetto for black. Aside from the many main complicated lines of the Pirc Defense, black can also deviate from the more common variations and aim for a double fianchetto set-up that is normally referred to as the Hippo Defense. You do need to be aware of a few common sacrifices that white can employ to capitalize on black’s lack of development – however these sacrifices shouldn’t be too much of a concern as long as you can recognize the common patterns. The double fianchetto line that I examine in this video can be extremely effective, although it does require a very attentive and patient style of play early in the opening. The idea is very similar to a “Compressed Spring Strategy” in that black calmly completes development and waits for white to overextend himself so that black can strike with extra force in the center with moves like …f5, e5, d5, or c5.