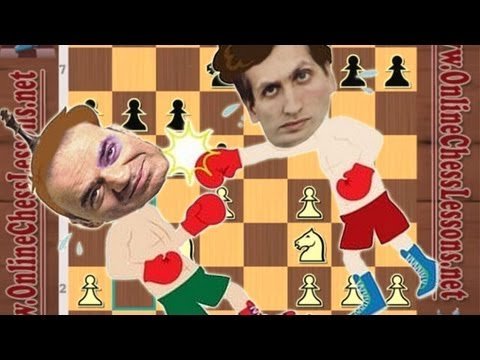 Garry Kasparov vs Bobby Fischer – Video Series (Part 2 of 5)
The 6. Bg5 Main Line of the Sicilian Najdorf is one of the most thoroughly researched and investigated lines in opening theory, as the naturally forcing nature of white’s aggressive set-up leads to extremely complicated positions very early in the opening and middlegame. The 6. Bg5 set-up also frequently occurs through transpositions from the Richter-Rauzer and other related openings for white against the Sicilian Defense, however leading grandmasters have been unable to arrive at a conclusive evaluation about the line. The 6. Bg5 line in the Sicilian Najdorf is based around white establishing consistent pressure in the center with constant threats of exploding the position with a timely e5 break. In the 21st century, the popularity of the 6. Bg5 line has declined at the highest levels as many top grandmaster refuse to play e4 and allow black to achieve such dangerous counterplay with the Sicilian. The 6. Bg5 variation of the Sicilian Najdorf has been employed by notable players such as Mikhail Tal, Vasily Smyslov, Paul Keres, Jan Timman, and Milan Matulovic.