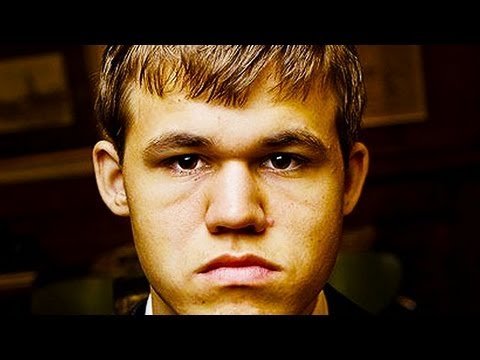 Want to learn how to relentlessly crush your opponents with power moves like Magnus Carlsen? Then signup today for GM Damian Lemos’ FREE rapid improvement masterclass that will give you the most ELO gain in the shortest amount of time! ► https://ichs.co/2yKz1Td

The Magnus Carlsen vs Vugar Gashimov clash 🤺 took place in the very first round of the Tata Steel Chess Tournament 2012 in Wijk aan Zee, the Netherlands.

Magnus Carlsen, who was not yet World Champion at this time although still the highest rated chess player in the world, opens with the English Opening, 1.c4 and Vugar Gashimov responds with the classic Hedgehog Defense. The Hedgehog Defense, which has been a popular chess opening since the 1970s, allows White to establish a space advantage and pressure in the center.

Black, meanwhile, maintains a tight position with a future “compressed spring” strategy to break open the position with thematic pawn breaks like …b5 and …d5.

Magnus Carlsen opts for an early exchange of his dark-squared bishop to achieve a lasting initiative on the light squares and specifically the long h1-a8 diagonal.

In the face of immense pressure on the d-file, Vugar Gashimov decides to generate active counterplay with 28. …e5!? and 29. …b5!?

Magnus Carlsen reacts calmly to the rapidly changing position and transforms his positional advantage into an endgame with good winning chances thanks to the presence of a passed pawn. Still, Magnus Carlsen has his work cut out with a rook and 2 minor pieces each on the board.

What follows is a great lesson in chess endgames as Carlsen makes a series of micro-threats, forcing Black’s pieces into more passive positions, and keeping the Black king away from the action.

Vugar Gashimov hopes that exchanging pieces to leave a notoriously drawish opposite-colored bishop ending will save the day but he soon falls into time pressure and is unable to defend a difficult position against the computer-like precision of Magnus Carlsen, leading to Black’s resignation after 67. b6!

Sadly, GM Vugar Gashimov died in 2014, just 2 years after this game, aged 27. He was one of the brightest talents in the game, reaching #6 in the FIDE World Rankings and a peak Elo rating of 2761.

► Corresponding article from this video with extra goodies: https://ichs.co/2yLOFO8