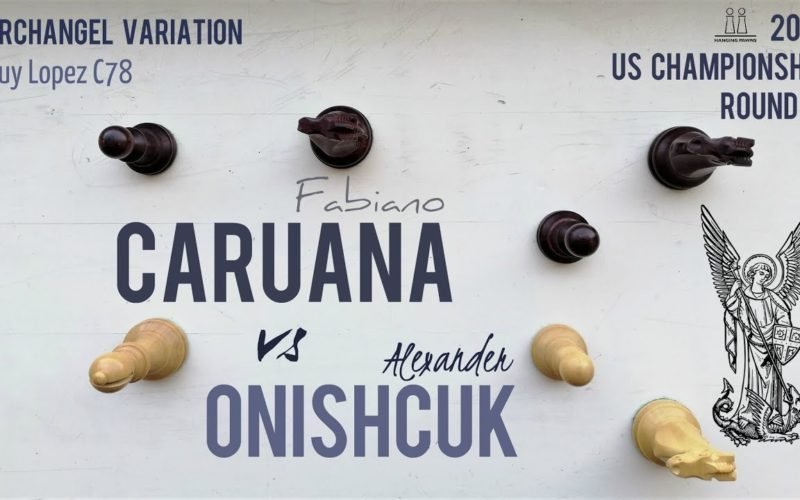 Fabiano Caruana missed the title by only half a point. Samuel Shankland gave him no chance to win because he had a very convincing performance in the second part of the tournament. Both players seemed to sweep up the competition, but Shankland was tiny bit more successful. Despite that Caruana’s performance is up to par with his wins at the Candidates and at the Grenke Classic. He played marvelous chess both positionally and tactically and he outperformed almost all his opponents.

In the final round he faced Alexander Onischuk (who finished last with 3/11) with white. Onischuk went for the Archangel Variation of the Ruy Lopez (Spanish Game). An opening which is considered slightly unsafe for black compared to the closed variations (Breyer, Chigorin…). Black does have a lot more activity, but he is also under a lot more pressure from white’s kingside attack.

Caruana’s play was simplicity itself. He put pressure on black’s center until he won a pawn. Then he won a second one and Onischuk resigned! It was as if Caruana was playing an amateur. Complete domination over the board.