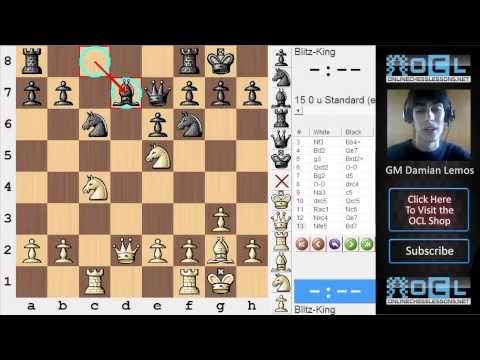 This video analyzes a game played in the 6th round of the Bugojno Tournament in Bosnia (now Yugoslavia) in 1982 between GM Garry Kasparov and GM Tigran Petrosian.
Kasparov won this tournament ahead of other stars like Polugayevsky, Ljubojevic, Spassky, and Larsen with a margin of 1.5 points to prove his title of world chess champion. This game is an example of the demolishing style of Kasparov, who after 15 moves left the ex-champion Petrosian without a plan and on the fringe of resignation.
Following the Bogo-Indian Defense, 4. …Qe7 variation (although the alternative with 4. …c5 normally maintains better results for black after 5. Bxb4 cxb4, casting doubt on black’s plan as after 12. …Qe7 the queen returns to its’ initial square.
This game was deeply positional and restrictive from Kasparov’s first moves, and in this way the legendary world chess champion was able to avenge his previous defeats against the well-known Petrosian!