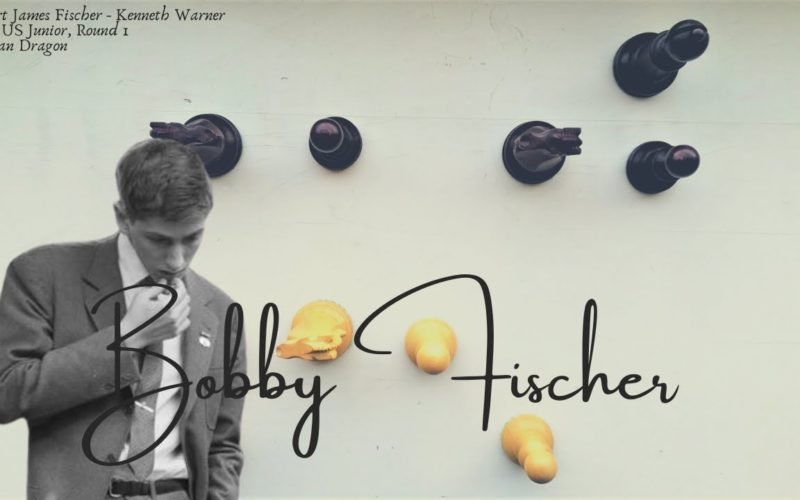 Bobby Fischer played his first US Junior Championship when he was 12 years old. This is his round 1 game in which he faced a 1550 rated opponent.

Bobby started playing tournaments when he was 12. After a few unrated events, blitz and correspondence games, and his first ever rated tournament, the US Amateur, which we covered in the first video in the series, the 1955 US Junior is his first serious rated event.

He played 10 rounds, but only 6 games were recorded. He scored 5/10 against (for him) extremely weak opposition. In round one he played white against a 1550 rated player. He was winning for the bigger part of the game, but then, with a few imprecise moves, and one final blunder, he threw the game away.

It’s interesting to see how inexperienced he still was only 4 years before he faced the might of Soviet chess at the 1959 Bled Zagreb Belgrade Candidates. A lot to learn still!