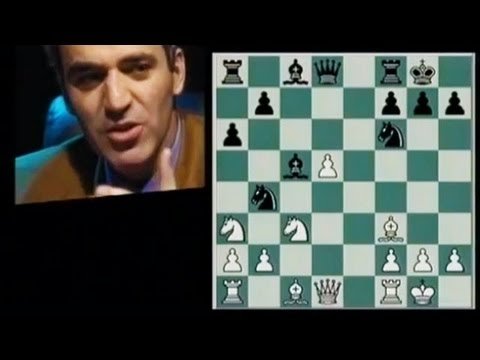 How did Garry Kasparov, one of the greatest players of all time, make his way to the top? 🤔 Let the legend talk you through it himself in Garry Kasparov – My Story. Get instant access with a 50% discount. ►https://ichs.co/2zEpgSs

The story goes that Garry Kasparov, at 5 years old and without having been taught the rules, casually solved a difficult chess puzzle his parents were struggling with. From there, Kasparov’s story is one of success after success, headline after headline.

By the age of 12, Kasparov was the youngest ever champion of the USSR, and would become the youngest ever champion of the world. The method of many of his contemporaries, such as Anatoly Karpov, was to rely on strong, patient, positional play that took little risk. Garry Kasparov, on the other hand, played brash, bold, energetic and aggressive chess that reinvented the standard for future generations of chess players.

In this video, International Grandmaster James (Jim) Plaskett covers some of the historic moments from Kasparov’s career before sitting down with the legend himself to analyse one of the most important games he ever played – from the 1980 World Junior Chess Championship against Swedish opponent Ralf Akesson. The game was crucial as Kasparov went on to win the championship.

Kasparov opens with 1. d4 and Akesson responds with the Queen’s Indian Defense, to which Kasparov responded with his preferred Petrosian Variation with 4. a3 – preventing the Nimzo-Indian Defense and leading to sharper play. Kasparov inserted the precise 8. Bb5+ to attempt to stunt black’s development, proceeding to develop an excellent position with 10. e4 and later with 14. Qe2 and 15. Bb2. While Akesson tried to create counterplay on the queenside with 17. …b5!? – Kasparov continued very energetically on the kingside with 18. f4, 23. f5, and 24. d5!? – sacrificing a pawn to block the a8-h1 diagonal and commencing a very dangerous attack against black’s king. 27. Bxf6!! introduced insurmountable complications, leading to black’s resignation after 36. Rc7!.
This game makes it very clear that Kasparov’s uncompromising style began to develop at a very young age and that he would be extremely willing to make sacrifices to win.