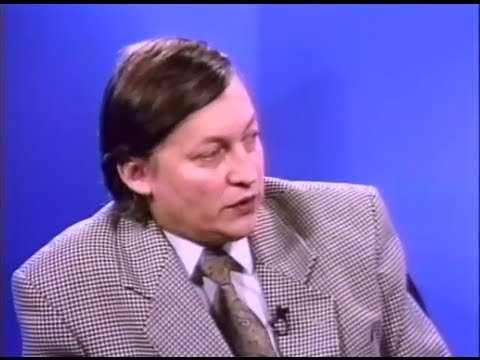 What could you learn from 6 hours of chess lessons from chess legend Anatoly Karpov? Get instant digital access to the rest of this 4-part series on Karpov’s Best Games presented by the man himself – with 35% off!! ► https://ichs.co/2zLjrHf

In 1988, Anatoly Karpov was no longer 👑 World Chess Champion (having relinquished that title to Garry Kasparov 3 years earlier) but he was still rated #2 in the world and was a major force in world chess. In fact, Karpov enjoyed his greatest tournament successes after losing the title.

And other big names were competing too: Vassily Ivanchuk, Artur Yusupov and Andrei Sokolov.

Even when they weren’t facing each other, the Garry Kasparov vs Anatoly Karpov rivalry continued in the race to 1st place. Here they were both winners: finishing joint 1st with an identical record of 6 wins, 10 draws and zero losses. There was supposed to have been a playoff match to decide the ultimate winner but both players refused, despite organizer Mikhail Botvinnik’s pleas. The result: both declared the winner and both received a winner’s trophy.

In this game, Anatoly Karpov has White against Artur Yusupov, the world #3 famously coached by Mark Dvoretsky.

Karpov was able to seize a dangerous initiative against Black’s exposed king, although Artur Yusupov achieved some counterplay based on White’s inability to activate his h1 rook.

Anatoly Karpov’s execution of the attack is near-perfect as he maintains control of the game through a long series of checks that he used to gain valuable time on the clock. The former World Chess Champion emerged from the complications with an extra exchange that he converted with immaculate technique by first fixing the h7 pawn and gaining tempi while developing his rooks and checking Black’s king.

► Corresponding article from this video with extra goodies: https://ichs.co/2zKL6ba