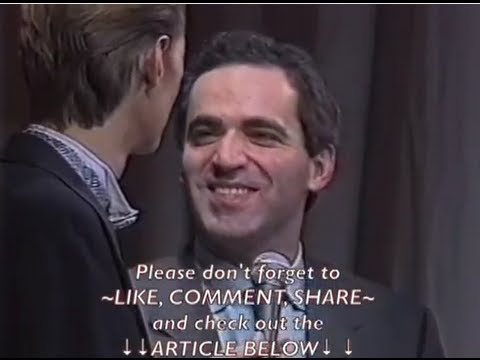 Daniel King commentating on Garry Kasparov at the Intel Grand Prix at the peak of his career. What could be better! Get instant digital access to the rest of this 7 hour chess series – with 35% off!! ► https://ichs.co/2zuYnUT

GM Daniel King starts us off with a stunning win for GM Vaisser against Viswanathan Anand with an excellent piece of opening preparation in the Sicilian Defense to drop an absolute bombshell on Vishy Anand. Already by move 8, Black is asking serious questions and Anand feels he must move his knight rather than allow it to be exchanged. But a quick queen check forces his knight back, blocking in White’s pieces.

It looks like White can get some breathing space with another knight move attacking the queen but Vaisser unleashes a stunning exchange sac and, incredibly, Vishy Anand is lost by move 12… as White!

A couple of checks and Black grabs the rook in the corner, going a piece up. Black’s play is downright inspirational in this game as he accurately capitalizes on every chance he gets to force Anand to resign.

Next up is a Garry Kasparov masterclass as he CRUSHES GM Valentin Arbakov with his favorite King’s Indian Defense. Daniel King takes up the analysis i at move 15. With 15.a4, White tries to initiate counterplay on the queenside to distract Kasparov from his kingside attack. But Garry Kasparov hits back with 22. …c4! sacrificing a pawn to slow down White’s queenside pressure, granting Black just enough time to build up immense pressure on the kingside.

This game exemplifies Kasparov’s attacking style, as the World Chess Champion simply refuses to back down – instead preferring to mount more and more pressure in the position until his opponent collapses – and gets mated.

► Corresponding article from this video with extra goodies: https://ichs.co/2zPAmZ4