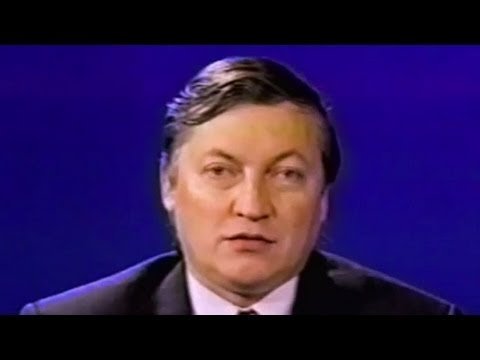 A MUST for every chess fan! Get one chess legend analyzing and discussing another in the phenomenal “Karpov on Fischer”!! Get instant digital access – with 35% off! ► https://ichs.co/2huqV6m

The 3 volume “Karpov on Fischer” provides Anatoly Karpov’s perspective on why Bobby Fischer declined to play him in the World Chess Championship Match in 1975. Anatoly Karpov was genuinely disappointed that he didn’t get to play Bobby Fischer after Fischer was unable to accept the match conditions which he felt were unfair.

Ron Henley and Anatoly Karpov discuss whether Bobby Fischer really wanted to play the world championship match, having not played any professional chess since the last game of the Fischer vs Spassky match.

Bobby Fischer took a timeout on the queenside for the precautionary 30. b3! and then tripled on the g-file with 32. Qg2! As the clever clearance pawn sacrifice – 33. Rg8+ and 25. h7! was preparing a devastating blow, Spassky realized Fischer was going to open the h-file and resigned.

A classic attacking game showing that the 1992 Bobby Fischer still had the legendary magic and could take apart active GMs seemingly at will.

To see a classic Bobby Fischer game analyzed by his would-be challenger Anatoly Karpov is a rare treat!

► Corresponding article from this video with extra goodies: https://ichs.co/2hzFoO9