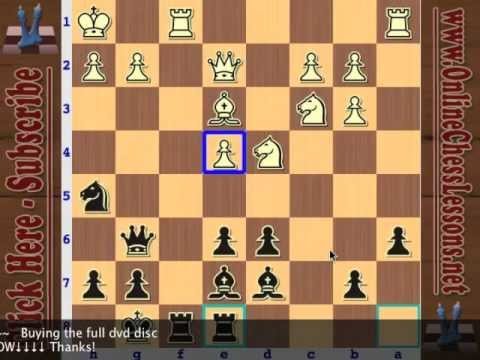 Master the most deadly 🙃 opening in chess, the Sicilian Najdorf, with expert analysis of the memorable games of 2 world champions in an incredible Bobby Fischer vs Garry Kasparov Sicilian Najdorf battle! Get instant access and a 35% discount here ► https://ichs.co/2zOnQWu

This incredible Robert Byrne vs Bobby Fischer game, picked by Bobby for his “60 Memorable Games”, is one of the instructive games in our “Bobby Fischer vs Garry Kasparov” course, which explains how the 2 chess world champions played the Sicilian Defense Najdorf variation with such great results.

The Sicilian Najdorf is one of the sharpest openings in chess, demanding incredible energy and resourcefulness from both sides to maintain the balance in strongly double-edged positions. The Fischer-Sozin Attack with 6. Bc4 is well known as one of the most complicated lines in the Najdorf, as White immediately declares his aggressive intentions of controlling the critical d5 square and increasing the pressure on the a2-g8 diagonal.

The line was originally patented in the early 20th century by the Russian player Veniamin Innokentevich Sozin, however Bobby Fischer’s immense contributions to the development of theory in the 6. Bc4 variation earned him widespread recognition in the 1950s and 1960s. The Fischer-Sozin Attack is an extremely dangerous weapon for White against the Sicilian Najdorf and should definitely be taken seriously by Najdorf players of any level.

The Fischer-Sozin Attack has been employed by many top grandmasters through the years, most notably by Bobby Fischer, Dragoljub Velimirovic, Liviu Nisipeanu, Andrei Volokitin, Nigel Short, and Sergei Rublevsky.

In the Robert Byrne vs Bobby Fischer game, Fischer takes a level position and somehow conjures a mating attack with such subtlety and guile that the GM commentators were saying Robert Byrne had a won position… then he resigned!

“After White’s 11th move I should adjudicate his position as slightly superior, and at worst completely safe. To turn this into a mating position in eleven more moves is more witchcraft than chess! Quite honestly, I do not see the man who can stop Bobby at this time.” – K.F. Kirby, South African Chess Quarterly.

► Corresponding article from this video with extra goodies: https://ichs.co/2xniWhR