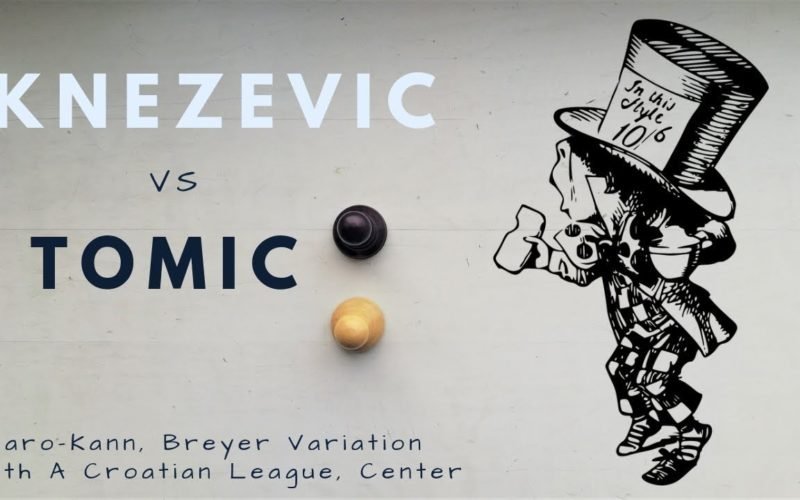 I played a very complicated Breyer Caro-Kann in the third round of the Croatian League.

Unfortunately, all of my preparation has gone down the drain, and the opponent I was supposed to play did not play for the opposing team. I faced a 200 points higher rated player and I had no idea what he plays.

He chose the Breyer Variation of the Caro-Kann, a seldom played line which lets black equalize. I didn’t want to play the main line, which I’ve played a short time ago and it’s in the databases, so I went for an almost equally good sideline.

The opening went ok, my position was fine, and then the madness started. We castled on opposite sides, he bashed my king open and tried to attack. I defended well and managed to stave it off, almost stop the attack! I was playing against his hemmed in bishop on g2, the worse piece on the board, and if we traded off pieces, I would have a better endgame.

He blundered, and my position was all of a sudden winning, but…