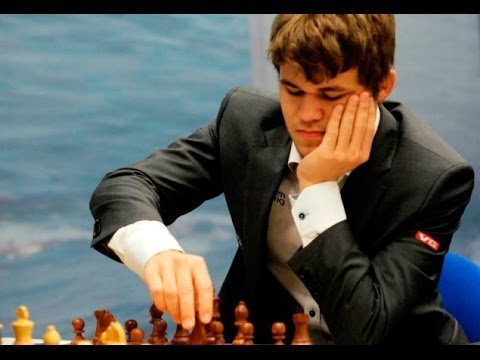 In the “On Magnus Carlsen” video series, the GMs Gustafsson and Jussupov show you the current world number one chess player and World Champion in a dazzling series of games. These games chronicle his rise as a player and show his improvement from the past up to the current day. The Grandmasters presenting the material are also highly regarded players and do a terrific job of explaining the thinking and reasoning behind the moves that Carlsen played in key positions as well as giving personal insights on him.

Throughout the series you will see many different games, lectures and exercise positions that highlight Magnus Carlsen’s games. GM Jan Gustafsson calls Carlsen a “mysterious player” because while he seems not be an opening specialist, he always ends up getting into good positions and outplaying his opponents. How does Carlsen distinguish himself as the best player in the world? What makes him different from other top Grandmasters? How can you learn from his games? Watch the video to find out!